NOTE: This game contains adult themes that involve bondage, tickling, and sexual themes! It's not for everyone!

A loving homage to sci-fi exploration games, this game continues the hijinks of VR-loving tickle-lovers Brandon and Cissy as they try out a new game:! In it, they play as daring space soldiers trying to save the galaxy from a doomsday cult...

What to expect in this game? 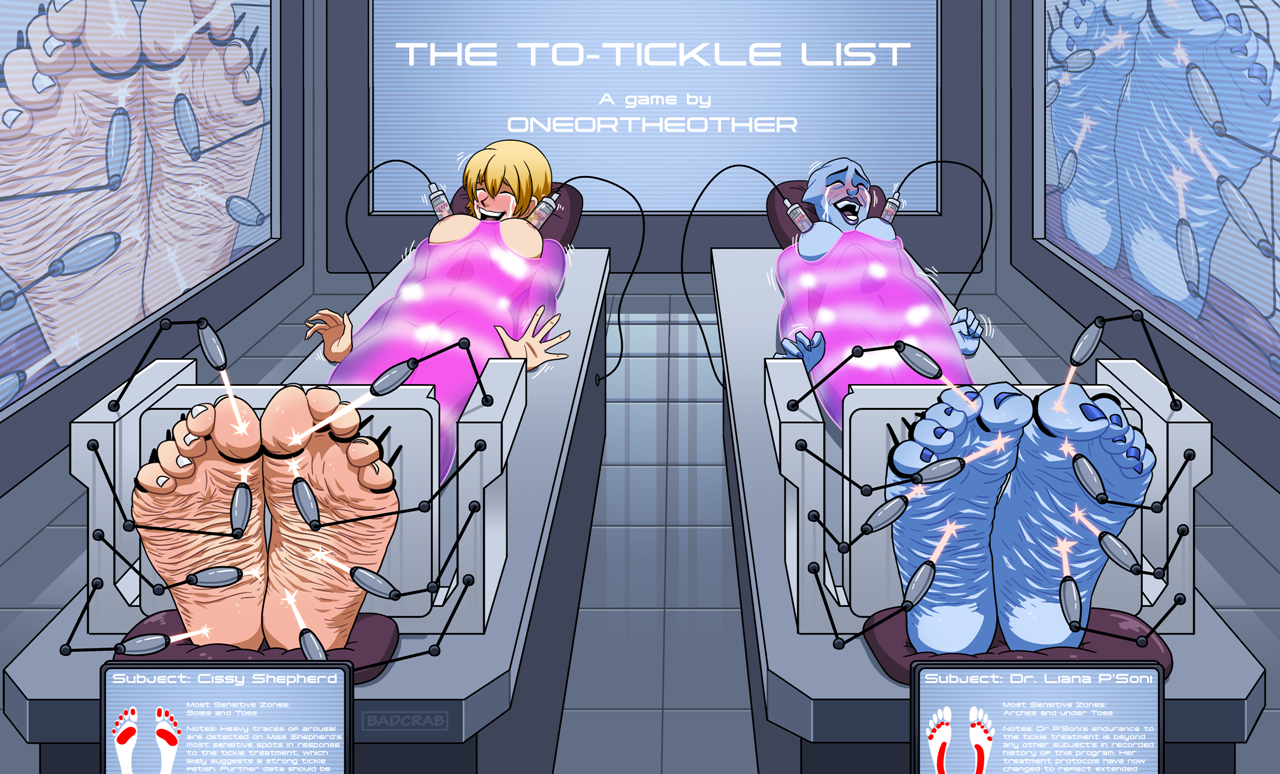 2. More Active Battle system! In fitting with a faster-paced, action-adventure vibe, a new battle system has been implemented with more animations, more attacks, and more enemies. Battles will give exp and credits but neither are necessary and grinding is definitely not going to be necessary at any point. I know some of you don’t really play this game for the battle systems, so I assure you that the battles are just there for flavour and can be safely skipped. (A reminder that you can make battles 'auto' and speed up the animations in options)

3. Commander Brandon Shepherd is in charge of his own ship, and the Human Military Alliance gave him an important job to sort out a group of space terrorists led by someone called the Illusive Girl, and he has permission to use any means necessary! He and head Engineer Cissy will recruit talented members to their crew, as well as make many changes to training methods and ship discipline as they explore the galaxy....

5. Hub system! The SSV Omaha, Commander Shepherd’s ship is full of things to do and people to interact with. And you can expect it to change after each main mission or encounter, especially the Brig, Laboratory, and the cockpit with the wisecracking pilot.

6. Prison system! Borrowing from the very well-received Episode 6 (which you can play here for free, FYI), you can now interrogate captured criminals and cultists in the ship’s brig. This includes characters encountered in side-quests. Your brig will really fill up over the course of the game, with 25 captives and pretty much every ‘unique sprite’ enemy having a tickle scene ;)

7. Tickle machine lab! Over half a dozen tickle machines you can ‘test’ with hapless crew members, including your party! But don’t forget to save your credits and keep an eye out for rare metals to make the machines. The new machines can also be installed in the brig for more fun!

8. Large Galaxy Map to explore with helpful mini-map! It wouldn’t be a space exploration map without an expanse to voyage, would it? Who knows what you’ll find out there in the dark depths of spaces? Cultists, slaves, politicians, marauders, shady corporates, smugglers, and more! Oh, and aliens. Lots of different species of aliens! Mostly girls ;)

(Map of all key quest areas)

9. Base Customisation! A minor thing I really liked in Mass Effect 2 was how you could decorate your cabin with ship models, trinkets, and fish. I’ve tried to replicate that a bit in this game too! If it’s well received, I’ll add it in future games too.

10. Bounty-side quests! Given by the murderous assassination droid HK-47, you will hunt down dangerous foes. But instead of killing them as the homicidal droid would prefer, you have a better idea – send them to the brig for some tickling as they mull over their life decisions! Some of these foes look rather familiar…

11. Replay Centre for easy replaying of tickle scenes (not including the shorter ones in the brig).

12. This game is part of my series 'The To-Tickle List', but it's a stand-alone game, so no prior knowledge is needed.

This game is available directly on itch.io for those who might prefer to pay directly as well as on Patreon, where you can also download the other games in the series at a reduced price. https://www.patreon.com/oneortheother

You can find more information about the previous games here, including several that are available in their entirety for free:

Your support would mean a lot to me and help me continuing making passion projects like these games for you guys, so thanks for all your support <3

In order to download this game you must purchase it at or above the minimum price of $5.99 USD. You will get access to the following files: 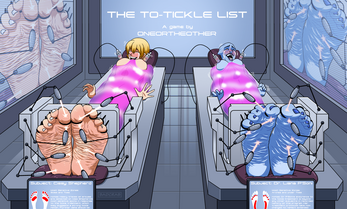